In recent months, I’ve been able to share a few moments of emails and texts with a wonderful woman named Laurie Ishii.  I’d like you to take a few moments to get to know her.

Laurie was born in a strict Asian family in the upper middle class suburbs where everything appeared conventional on the outside, yet very dysfunctional behind closed doors.

At age 15 she joined an Asian gang, left home and lived a life of drugs and crime. By age 22 after being shot in a drive by and addicted to cocaine, Laurie ended up pregnant and alone. After crying out to God, she managed to get clean, got married and acquired a cosmetology license – only to end up back in her addiction after 4 years.

Leaving her family, her year old son and career, she went on to live a life of a full blown heroin addict and prostitute while continually punishing herself over and over for destroying the lives of those she loved as well as her own.

After numerous visits to jail, hospitals and rehabs, Laurie decided that suicide was her only option and woke up in the hospital after attempting to end her life by jumping off the roof of an 8 story apartment building, landing on her head. More suicide attempts, brain damaged, breaking her back and eventually, ended up on Skid Row.

Currently, Laurie is in the process of completing her memoirs, a book about the heartbreaking (as well as humorous) journey of losing self, pride and self worth in the enslavement of addiction as well as learning that we each have a destiny and purpose. Laurie believes that, ‘The things we go through in life, whether be good or bad; never have to be in vain.’

There are hundreds, if not thousands of people from every walk of life who are living in addiction or who have friends and family who are. Laurie’s is a story of overcoming battles raging within and without, wanting to die and yet fighting to live at the same time.

People need hope in a dying world. Laurie was someone who most people wrote off as a “lost cause.” Jesus Christ has given her a new life and opportunities to reach out to numerous people from all types of backgrounds.

She has been interviewed on the 700 Club as well as the LA Dream Center T.V. and she speaks at churches, schools and recovery meetings. Laurie has been clean off of heroin, cocaine, alcohol etc. since March 9, 2001.

Against all odds, she is still alive and functioning as a productive member of society, giving all the glory to God. Laurie is so grateful to JESUS to be where she is at today – if not for Him, she would (should) be dead.

Laurie is in the process of completing a manuscript – her memoirs, titled “I’d Rather Be Dead than Dope Sick”…  take a look at this sample from those memoirs:

I was at home alone, trying to figure out what I would do for money. GOD PLEASE. THE LAST THING I WANT TO RESORT TO IS GOING TO SEE GEORGE. I made a few phone calls, and wasn’t able to reach anyone. I rubbed my nose with the back of my arm, snot spreading across my sleeve. DAMNIT! I’D BETTER THINK QUICKLY, BEFORE I’M TOO SICK TO DO ANYTHING. THINK, LAURIE, THINK!!! I grabbed my head, pacing back and forth. PLEASE, PLEASE, PLEASE, GOD. I CAN’T, I WONT. NOT HIM. The sun began to set; the sky a deep blue violet, tinged with different shades of mauve … such a contrast compared to my sick, black soul.

I began crying, knowing the inevitable. As much as I hated to see George, he was the only trick of mine who was almost always available; so in desperation, I usually ended up calling him. I did my best to avoid him for as long as possible, in the hopes that when I finally ended up calling, he’d be happy to hear from me, and when I saw him, he was more generous than usual. This time, it had only been two weeks since I had last seen him. Oh God… he might even turn me away…

Ever since George had found out that I was strung out, he took full advantage of the fact that I needed heroin. He knew that I was no longer a recreational drug user and he seemed to thoroughly enjoy seeing me suffer, mocking me, calling me degrading names. When I was still only doing coke, he was somewhat civil with me – nice even – giving me coke, Valium and money. Now I was lucky if he even paid me more than fifty bucks.

As it got later, I knew what I had to do; I was desperate. I couldn’t wait another hour; by then it would be too late, I’d be too sick. WHAT AM I GOING TO SAY? IT’S NOT AS IF HE’S GOING TO PICK ME UP … I DON’T EVEN HAVE A RIDE TO HIS PLACE. I picked up the phone, tears streaming down my face. GOD, ISN’T THERE ANY OTHER WAY? Grabbing the receiver, I dialed the number and quickly hung it up before it even had a chance to ring on the other end. I took a deep breath and tried to think of what I would say. I CAN’T LET ON THAT I’M SICK, OR ELSE HE’LL TOY WITH ME. PLAY IT COOL, ACT AS IF I CAN TAKE THE MONEY OR LEAVE IT. I took another deep breath and slowly exhaled. OKAY, I CAN DO THIS. I HAVE TO DO THIS, THERE’S NO OTHER OPTION.

When I picked the up receiver again and called George, I was so anxious that my heart felt like it would pop out of my chest. One ring, two rings, three… MAYBE HE ISN’T EVEN HOME …
“Yeah.” DAMN.
“Hi George, it’s me, Laurie. How are you?” I did my best to sound calm and collected.
“Ohhhh, it’s my trashy little slut. What are you doing, calling me so soon? Don’t you know that it’s only been a couple weeks since I last saw you?” His tone was syrupy sweet, patronizing me.
“Really? I didn’t realize that; I just wanted to see if you weren’t busy, you know…”
PLEASE GOD, PLEASE … I’VE GONE THIS FAR; PLEASE LET HIM SAY THAT HE’LL SEE ME …
“What’s wrong with you? You aren’t sick, are you?” He chuckles in the receiver, and I can imagine him smiling, like the Cheshire cat in Alice in Wonderland. ASSHOLE. HE KNOWS DAMN WELL THAT I AM …
“Um… I just need some cash, that’s all.”
“Well, I don’t need to see you now, I’m busy.” Now he sounded cold.
“But I’ll be sick soon…” my voice began to quiver.
“That’s not my problem now, is it?” I started to panic…
“Come on, George. I’ll take good care of you…” I tried my best not to sound desperate. “Please baby, I promise to do you real good…”
Silence. OH GOD, PLEASE …
“How you gonna get here?”
I closed my eyes. “I can take a cab to your place…”
“Humph. And who’s gonna pay for the cab?”
I didn’t respond, hoping that he would offer to pay, holding my breath for what seemed like ten minutes before he answered.
“Hurry up and get your ass over here. I’ll take the cab fare outa whatever I decide to give you.”
“Thanks George, I appreciate it… see you in a bit…” I breathed a sigh of relief, set the receiver in its cradle, and immediately began to evaluate my situation.

I went into autopilot and called Beverly Hills Cab Company. I grabbed my Newport cigarettes and leather case full of paraphernalia and shoved them into my purse. Once I arrived at George’s apartment, I would quickly switch into the role of a prostitute, faster than Clark Kent changed into Superman. Long before that night, I had become an Oscar winning performer and best leading actress. I would transform into whomever or whatever George or anyone else wanted me to be, to complete the task at hand and get my money.

I anxiously waited on the sidewalk outside, and as soon as I saw the light blue cab turn the corner, I frantically waved. When the driver pulled up, I quickly opened the door and slipped inside.
“Take the 10 fwy and exit Lincoln” I said.
Staring out the window, I convinced myself that the night would turn out fine.

Later that night, after I finished performing for him, George walked me to the door, while he stroked my hair. Every part of me resisted his touch and made the hair on the back of my neck stand up.
Smiling, he said: “I’m not paying for another cab. You find your own way home.”
“But … how much are you going to …”
He smiled and handed me a Ziploc bag full of coins: pennies, nickels, dimes and some quarters, to pay for my services – as if I weren’t already humiliated enough. 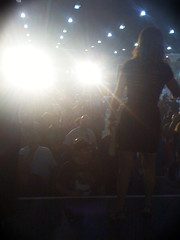 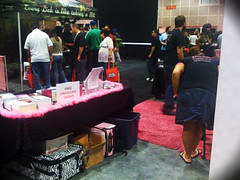 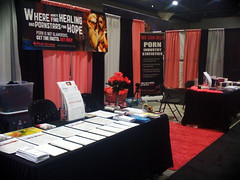 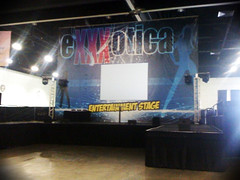 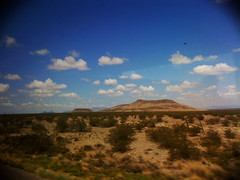 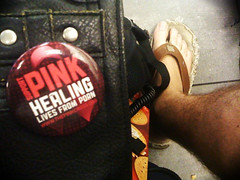 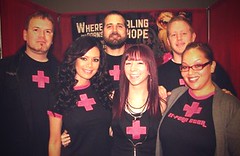 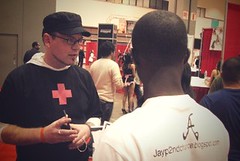 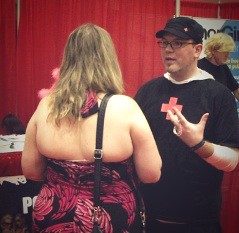 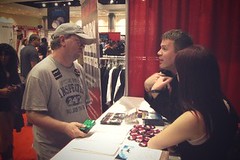 Get Help and Join the Fight